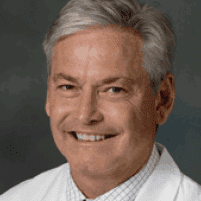 Steven Brown, MD, FACS, founder of Chicago Glaucoma Consultants, is a board-certified ophthalmologist of the American Academy of Ophthalmology and a member of the Fellowship of American College of Surgeons. He serves patients at the practice’s Glenview, Illinois, location.

A Chicago-native and Harvard-trained glaucoma fellow, Dr. Brown has a long-standing reputation as one of the foremost experts in glaucoma and cataract care. A recipient of "Best Doctor of the North Shore" in 2010, "TopTier Doctor" in 2009-2010, "Best Doctor" in 2006 and 2007, and "Top Doctor" in 2003 and 2001, Dr. Brown is recognized by his peers for providing his patients with excellent care.

As a third-generation ophthalmologist, Dr. Brown followed in his late father and grandfather's legacy. He received his medical degree from Rush Medical College in 1979, followed by his residency in ophthalmology at the University of North Carolina in 1980-1893. In 1984-1986, he received a HEED Honorary Fellowship in glaucoma and anterior segment diseases at Harvard Medical School (Massachusetts Eye and Ear Infirmary). Dr. Brown's expertise in cataracts and glaucoma is reflected by his growing list of publications, lectures, and professional awards he has received as well as his teaching positions as a clinical instructor at the University of Chicago School of Medicine and Associate Professor at Rush University Medical Center. He also serves as Glaucoma Section Chair for the Department of Ophthalmology at Rush University Medical Center.

Dr. Brown continues to blend academics and private practice. He is the co-founder of the Chicago Glaucoma Society, past president of the American Eye Study Club, and Harvard's Chandler-Grant Glaucoma Society. He is the recipient of the American Academy of Ophthalmology Honor Award and Senior Achievement Award, 1999 and 2006, respectively, as well as the Secretariat Award. Currently, he serves on the Board of Directors for the Ophthalmic Mutual Insurance Company and an Examiner of the American Board of Ophthalmology.